The Kuipers Peak (AllStar) is now online. The AllStar Node 45382 has a default connection to the Western Canada Hub. The details are: frequency 147.100 MHz, +600 offset, with 88.5 tone. There is also P25 available, local only with the same settings.

A video on AllStar can be found at https://www.youtube.com/watch?v=nPl5bf4BiWE and the AllStar home page is at https://allstarlink.org/

AllStarLink is a network of Amateur Radio repeaters, remote base stations and hot spots accessible to each other via Voice over Internet Protocol. AllStarLink runs on a dedicated computer (including the Rasperry Pi) that you host at your home, radio site or computer center.

Lightning, where is it?

It is every radio operator’s worst nightmare. Millions of volts suddenly leap out of the sky, striking your home, antenna, or other conductive surfaces. Billions of watts race down transmission lines or through the building’s structure, destroying your transmitter, amplifier, receiver, or other elements of your radio apparatus. Your prized station is now just trash.

The replacement of the 160 meter loop antenna at Chute Lake Road club shack has been completed. The loop cable has been replaced and the anchor points have been raised to a higher place in the trees. Features like using a pulley at all anchor points and three different locations where the antenna can be raised or lowered will extend the life of the new antenna and make maintenance a lot easier.

To become an Amateur radio operator in Canada you must get an operators certificate and a station licence. The OCARC provides courses for area Ham enthusiasts wishing to become hams. Due to current COVID-19 situation, the courses are on hold.

Industry and Science Canada issues the certificates after the applicant has passed a test. OCARC also provides government approved examiners who give the exam for the certificate types.

While the courses are on hold, many people are studying online, and several have taken their exams and are now amateur radio operators.

The following are some links to websites to help you prepare and study for a amateur radio license.

Radio Amateurs of Canada offers the study guides to help you learn everything you need need to pass your exam and have fun with Amateur Radio.

We have the Basic and Advance guides in stock, save on shipping and get your guides locally, courses@ocarc.ca

We also have some good news for those folks who have been wanting to take their Amateur Radio Certificate exams, but are not sure of what to do under the Covid restrictions. Our local examiner has conducted exams remotely using Skype.

We have three pictures of the Little White repeater, view the repeater details to see all three photos. 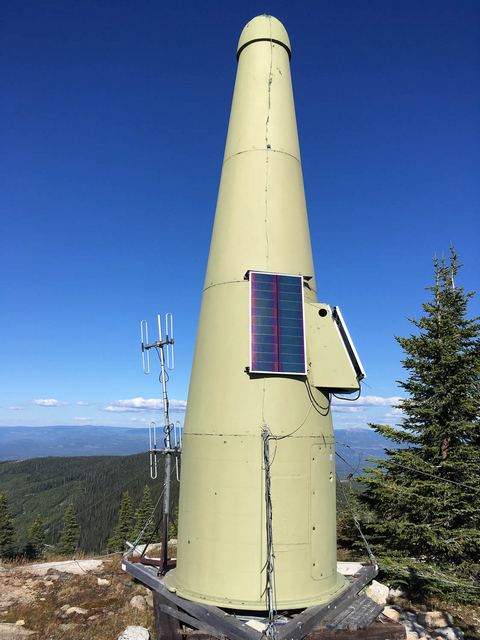 Use of Electronic Devices while Driving

BC Motor Vehicle Act Use of Electronic Devices while Driving

BC Motor Vehicle Act Use of Electronic Devices While Driving Regulation

British Columbia, the Motor Vehicle Act (MVA) defines British Columbia road laws and delegates authority to the Superintendent of Motor Vehicles to regulate driver behaviour. Since January 1, 2010, amendments to the MVA have prohibited the use of hand-held electronic devices while driving. PDF file which many members carry in their vehicle.

Registration is now open for the course (10 online sessions) to prepare for the Canadian Basic Amateur Radio exam starting NOVEMBER 1, 2020!

Being new to Amateur Radio like most people, we start with VHF and UHF and then move to HF. Enjoying the VHF and UHF bands I decided to try HF and FT8. I got a HF radio, installed a 40 meter loop antenna in the attic and started to make contacts.

My neighbour called shortly after I started with FT8, he was wondering if I had an idea why one of their house circuits would trip, this was an arc fault circuit breaker. We discussed some ideas to try, but didn't solve the problem.

After being away for a week I'm back on FT8 and he texts me, are you on your radio? Yes. What band are you on? 20 meters. I then get a phone call.

Short story, when ever I broadcast on 20 meters his circuit breaker trips.

Doing some Google searches I find many articles including https://www.dxengineering.com/techarticles/lightningandrfiinfo/arc-fault-circuit-interrupter-rfi-problems. It seams Eaton AFCI breakers were found to be particularly sensitive on 20m, 17m, 15m, and 12m bands for tripping Arc Fault circuit breakers.

I have the same breaker in our house and only one breaker is tripping in his house.

There are stories of Eaton replacing the faulty circuit breakers for free, for the time being I'm not broadcasting on 20m.

They took awhile to arrive and then some more time to install. Today, I've been transmitting on 20m for over 5 minutes and neither breaker has tripped. Looks like the breakers from Eaton (free) has solved the problem, now I can start working 20m again.

The VHF FM repeater at Big White was swapped with a replacement on Thursday, August 13. The previous unit was getting "deaf" at times.

See a video of the trip up and the work done at YouTube here; https://www.youtube.com/watch?v=jz-FYJTUJKk&t=13s

Special thanks to these club supporters!