The Orchard City Amateur Radio Club is located in the central Okanagan Valley of British Columbia’s Central Southern Interior, with Kelowna being the largest municipal centre.

Radio amateurs have had a presence in the Kelowna area since the late 1920’s and a radio amateur club with half a dozen members existed in 1935. As with other amateur radio stations, the Kelowna amateur community was silenced during WW II. In the years immediately following 1945, interest in the hobby gained favor once again and grew by leaps and bounds. The availability of surplus military equipment was primarily responsible for this resurgence.

On June 14th, 1971 the Orchard City Amateur Radio Club (Registration # 9291) was incorporated under the Societies Act of British Columbia and has remained active as such since that time. Our club, like many amateur radio clubs, is open to any licensed amateur radio operator who has an interest in the hobby of ‘ham radio’.

Today, the Central Okanagan Region is home to several hundred amateur radio operators many of whom are members of O.C.A.R.C.. Many members have registered as volunteers with EMBC (Emergency Management BC) formerly known as the Provincial Emergency Program (PEP) provide communication skills for the local Emergency Operations Centre, Search and Rescue, and Emergency Social Services. Club members provide communications for municipal, regional, and national sporting events and are ready to respond to any emergency.

The Okanagan Mountain Fire, the summer of 2003, saw the participation of many club members who provided communications in support of Emergency Social Services. This was once again replicated in 2009 with the fires of West Kelowna and adjacent areas.

In addition to participation in support of local emergencies, the club also provides radio communication for many community events. Some of these events are the Ski to Sea Race, Campus to Campus Run, and Penticton Ironman Triathlon to name a few.

Contact with local amateurs and the club may be made through one of our club’s repeaters or at the mailing address;

Special thanks to these club supporters! 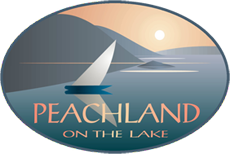 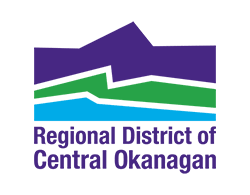